Project Development Manager Imran Khan and Design Manager Hoa Luu are part of the team responsible for delivering the parks and roads that almost everything else you hear about us doing is built upon. We don’t get to hear from them very often since they’re some of the busiest members of the Ginninderry team, but just this once they’ve decided to tell us about what’s been happening in the past year and all the big plans for the future. 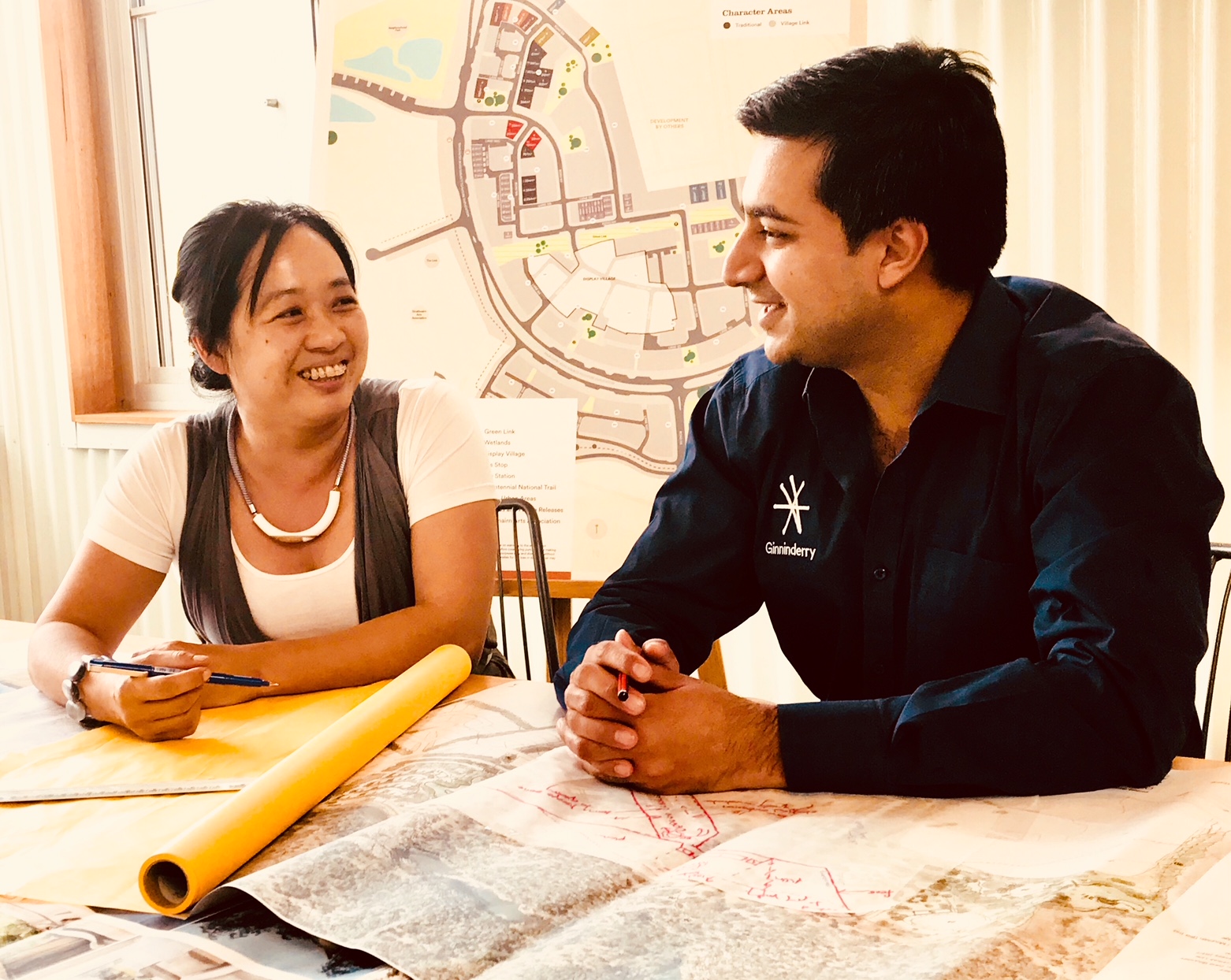 One of the highlights last year for Imran was the completion of The Link building. “That was quite an exciting project,” he said, “for not only myself but the whole development, being the first major building we’ve done on such a massive scale project.” The construction began in August of 2016 and was scheduled to be completed by March of 2017 for the opening in April. Despite unseasonal high levels of rainfall in the first three months setting back the construction program, the building was completed on time for the opening.

Since then the Ginninderry delivery team has been busy planning the next phases of the development. Planning and design for major offsite infrastructure works progressed significantly, particularly the off-site roadworks. Early 2018 will see the start of works to Drake-Brockman Drive with minor improvements for pedestrian and vehicle safety, following consultation with local residents.

Another key milestone of 2017 was commencing sales in April 2017 on the back of planning for the first stage of Neighbourhood 1. Our Design Manager Hoa Luu has since begun working on the second stage and finalising the development intentions for the Neighbourhood Park, which will have barbeque facilities, a kickabout space, cricket nets, basketball courts, various play equipment for all ages, and an amphitheatre for events such as an outdoor cinema.

Early planning for Neighbourhood 2 and Ginninderry’s future retail market centre is also shortly planned to commence. “Retail is going through some major shifts in the way people shop and live,” Hoa said, “This presents exciting retail opportunities that will challenge the conventional thinking of retail planning.”

Meanwhile, with the launch of an innovative series of housing designs unique to Ginninderry in mid 2017 – the Flexi-living Series, Ginninderry has been recognised as one of the few developments that is addressing the issue of the ‘Missing Middle’ by offering a genuine range of housing options.

Minister Mick Gentlemen also recently acknowledged the innovative planning and good work that Ginninderry is doing  in the Canberra Times and suggested that the development could be put up to become part of a demonstration housing precinct.

Ginninderry’s innovative way to deliver affordable housing and various housing choices has been of great interest in the industry, with Hoa Luu involved as a keynote speaker in various public forums such as the Australian Institute of Architects (AIA) Indesign Forum and the ABC’s Big Ideas podcast.