On a sunny morning in May, a small group of AGHS members drove out to Ginninderry, a new housing development area near Belconnen. In a joint venture between the ACT Government and the Riverview Pty Ltd, 11,500 homes will be built in stages over 37 years. The final population will be around 30,000, a similar population size to Yass or Goulburn. Of the 1600-hectare site, which was previously used for grazing, 800 hectares will be preserved as a Conservation Corridor.

At the Link, the information centre for the Ginninderry Project, we met David Maxwell, Managing Director of Ginninderry, Susan Davis, Community and Cultural Planning Manager and Jason Cummings, Conservation Manager. David gave us an overview of the project, which includes the development of four new suburbs in the ACT and New South Wales overlooking the Murrumbidgee River. He highlighted the diversity of block sizes and housing types to suit people of all ages and stages, including affordable housing. Infrastructure and housing construction will focus on the health and welfare of the community and the environment, including solar panels and energy and water efficient appliances.

Susan described initiatives to help build links with the neighbouring suburb of Kippax through partnerships with medical, education, and sporting groups. The establishment of a community orchard, gardens and a choir open to all residents will help to create a sense of belonging. Artistic and cultural groups and the local Ngunnawal people make valuable contributions to community activities. Susan also mentioned the SPARK initiative which supports education, training and employment opportunities for residents.

A key attraction of the area is its proximity to the Murrumbidgee River and Ginninderra Falls. The Conservation Corridor, which extends along the river, provides habitat for the endangered pink-tailed worm lizard and stands of yellow box in the grassy woodland. Cycling paths, walking tracks and interpretive signs will provide residents with access to green spaces and help them learn how to look after their native plants and animals.

Jason and Susan then took us on a four-wheel-drive tour of the site. Our first stop was Shepherd’s Lookout which offered magnificent views of the Murrumbidgee River and the Brindabellas – this lookout at the end of a short walking track off Stockdill Drive is open to the public. After some delicious banana cake for morning tea at our next stop, Jason took us on a short walk to view the delightful Ginninderra Falls. Future access to the Falls will be managed in partnership with the local Ngunnawal people to respect their archaeological and cultural history. Jason identified native plants of interest and explained how seed is being collected to propagate plants for gardens in the new development. On the way back, we visited the Belconnen Farm heritage precinct which will be open to the public after restoration. A magnificent stand of elm trees close to the homestead has been heritage listed.

After a pleasant and informative morning, we headed back to Canberra, reassured that the proposed development will safeguard the health and wellbeing of residents and the environment, not just the profit margin. We will watch with interest to see how the plans progress and whether the vision is achieved. 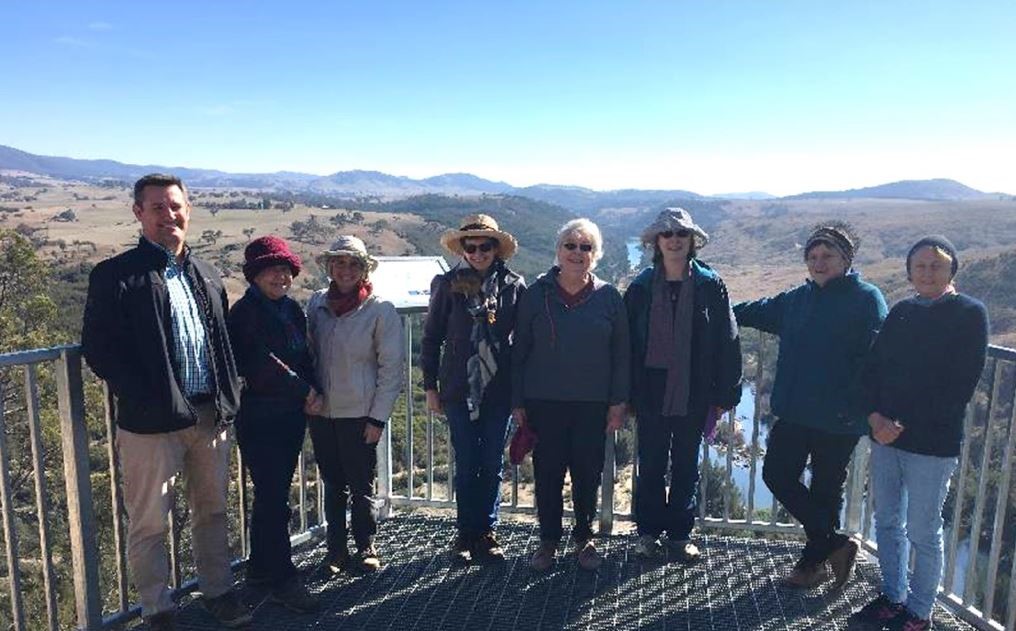 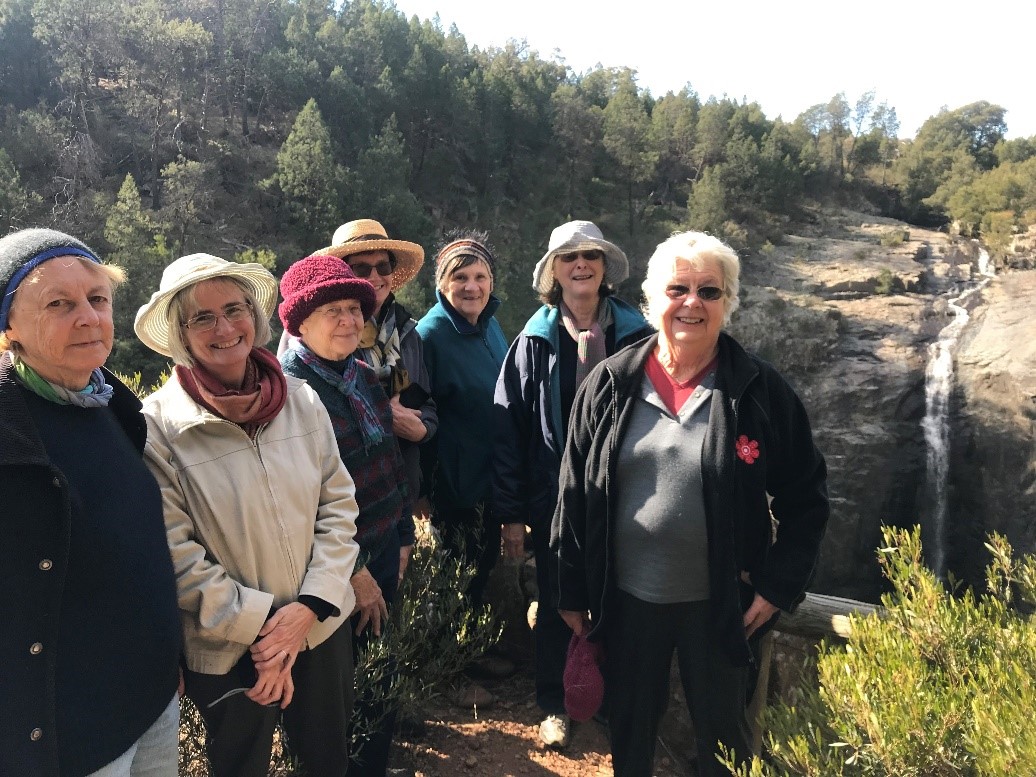