The Ginninderry project team is now in the third year of a research project looking at the movement of the Little Eagle and ecology in and around the ACT. Working with the ACT Government, CSIRO and researchers from ANU, we’ve been tracking four adult males and a number of chicks. This week a satellite tracker was attached to this juvenile Little Eagle and we can’t wait to follow her journey!

Results from the 2017/18 season saw a chick flying the nest to head for sunny Queensland. She took five days to fly to Toowoomba, staying in the vicinity of the upper Condamine River till the end of April. In May she moved to the Bundaberg – Rockhampton area. In October 2018 she returned to northern NSW, continued flying past the ACT and the Victorian Alps, and arrived in Leongatha in southern Victoria. She then flew west over the city of Melbourne, skirting the edges of Port Phillip Bay, followed the Murray River for a while, crossed into South Australia on 18 November, before reaching her most westerly point, near Port Pirie. She then spent much of December in the Adelaide Hills. In January this year she returned to Victoria, flying via, Lake Hindmarsh and the Victorian Mallee to East Gippsland, where she was last recorded. 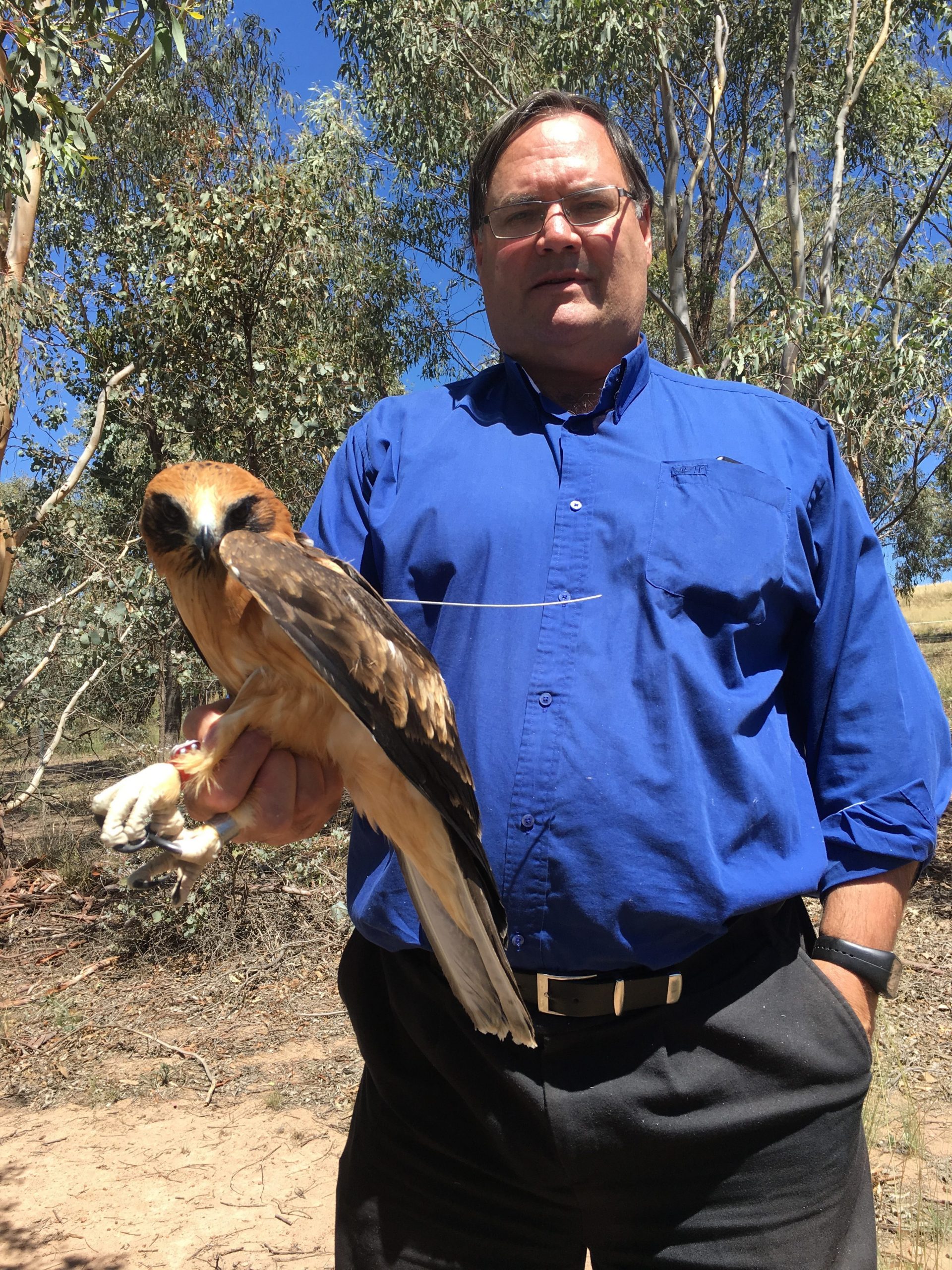 We’ll keep you updated on the whereabouts of the Little Eagle pictured here with our team member David.