Recently, the Ginninderry team began works to preserve the Belconnen Farm Heritage Precinct as part of the project’s ongoing conservation commitment. Belconnen Farm is a significant farm group with a succession of buildings, and remnants of various archaeological resources which all contribute to an understanding of the use and development of the place since the 1830s. The team at Ginninderry is taking great effort and care to make sure these sites are preserved and protected so that they remain unaffected, and are even enhanced, by the upcoming development.

However, Sturt never lived on the land and in 1838 sold it to Charles Campbell, son of the well-known pastoralist Robert Campbell of Duntroon. Charles named the property Belconnen, and in about 1850 built the first dwelling on it – a two-room stone cottage for his overseer.  The location of the cottage on a spur overlooking Spring Creek with views to the Murrumbidgee River, and its orientation  towards outstanding views of the Brindabellas provides it with a strong aesthetic presence. 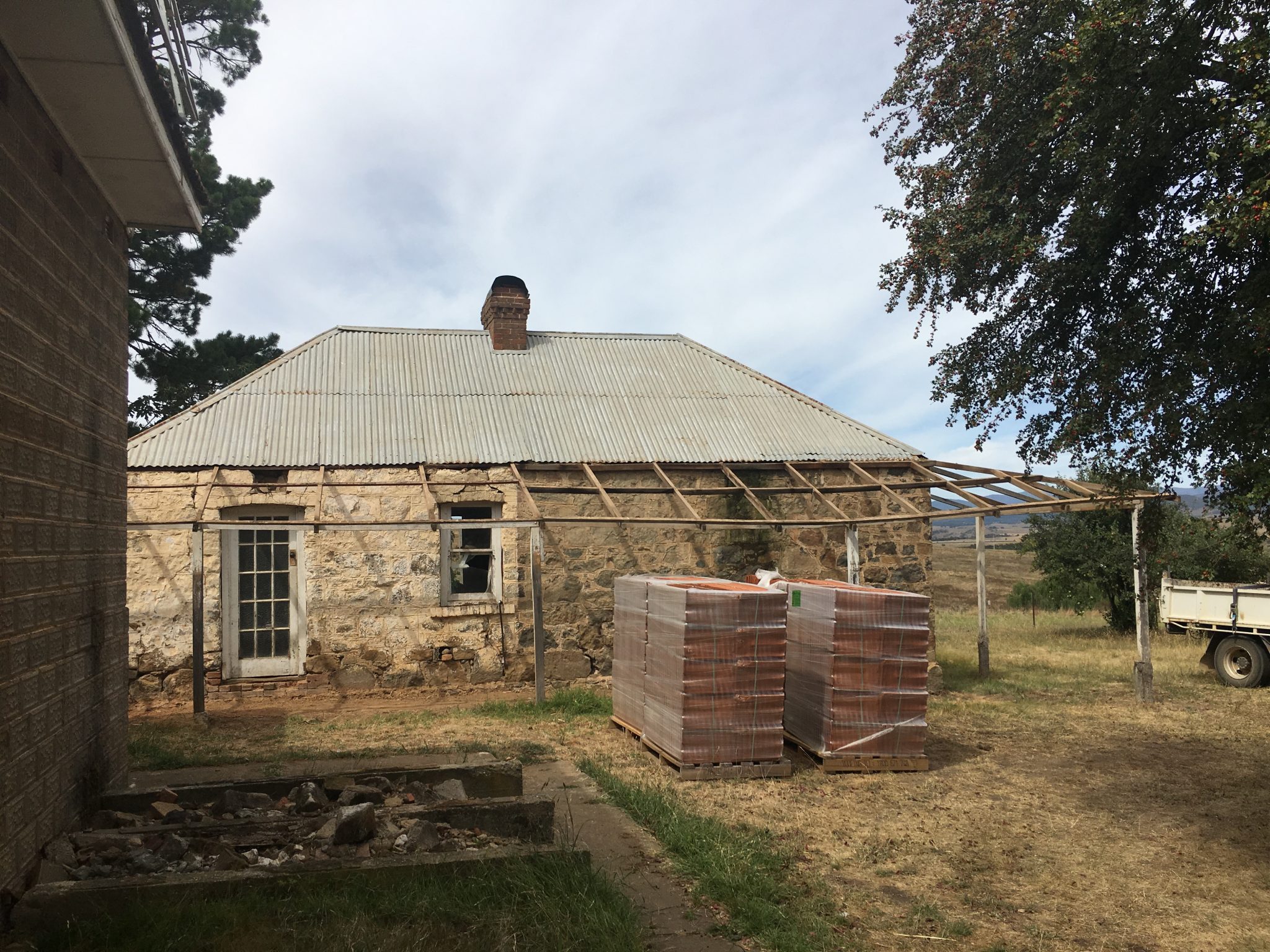 The land remained in the Campbell family, passing from Charles Campbell to his son Frederick Campbell, until 1910 when the Federal Government claimed the southern two thirds of it for the new Australian Capital Territory. After acquisition the Government subdivided the land and leased it.

A significant leaseholder of Block 14, where the Heritage Precinct is located, was first World War veteran and soldier settler, Austin Shepherd.  Shepherd, who was a skilled farmer and had graduated from Hawkesbury Agricultural college as dux of his year, took up the lease in 1924.  He successfully cropped the land and ran merino sheep and short horn cattle. He commissioned a new house from noted architect Ken Oliphant. In 2004, after some years of subleasing the property, the Shepherd family sold their lease to Corkhill Brothers.

The Farm’s stone cottage is currently being repaired so that it can be properly restored and reused in the future as a community space, possibly a museum or gallery.

Other buildings being repaired are the 1945 Ken Oliphant Homestead, the woolshed, and the shearer’s quarters. Construction training participants from Ginninderry’s SPARK program will be involved in the restoration and assisting in the repairs as part of their training program. 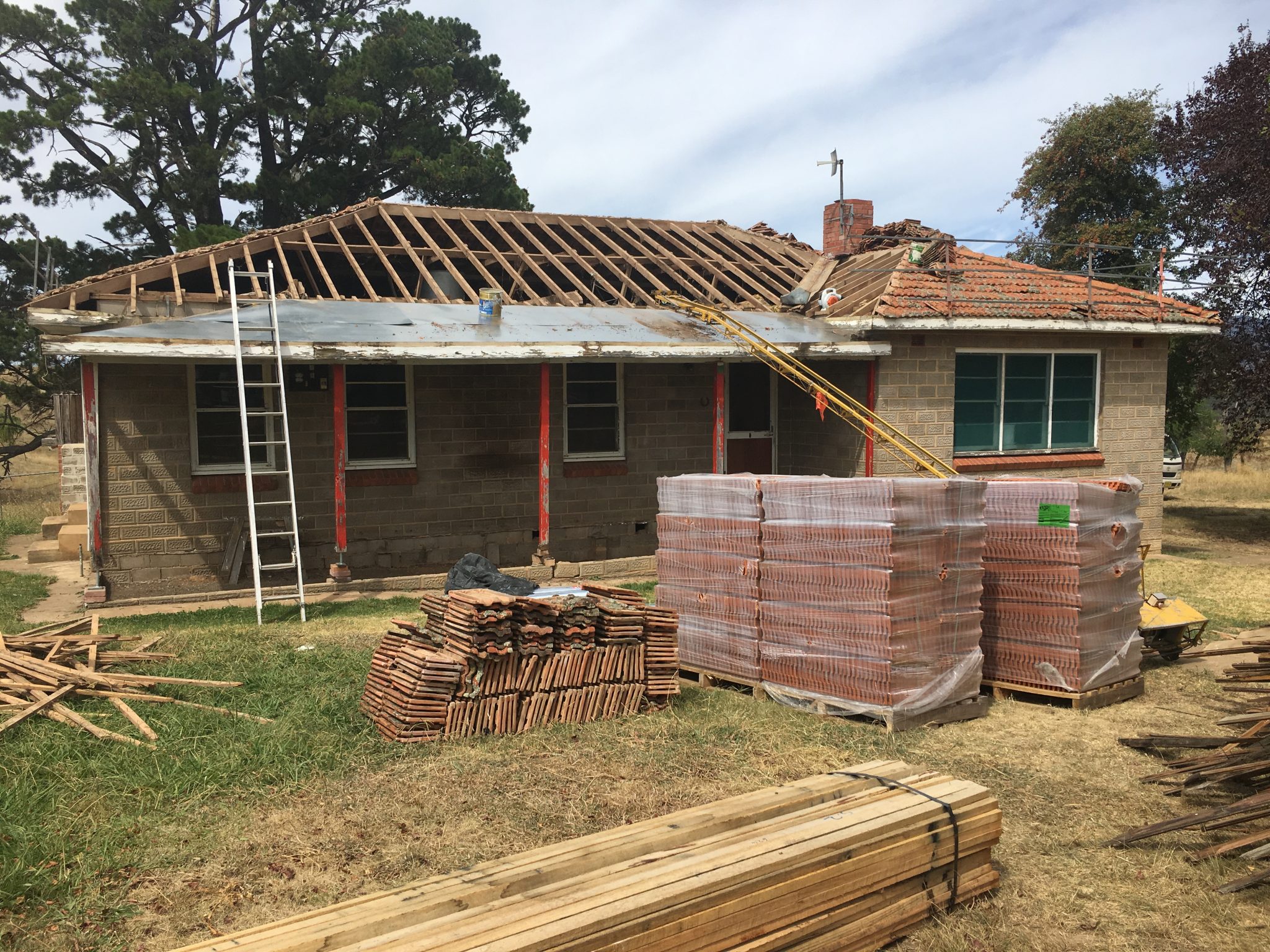 “As a heritage precinct and one of the earliest farms in the area, we need to ensure that Belconnen Farm is kept in a sound condition. The extent of the maintenance work covers all buildings, including the 1850s cottage and will stabilise and protect the structures for years to come. As a future community space, we are all committed to ensuring its long-term viability so generations to come can learn about the area’s rich history.” Says Eric Martin, heritage architect for Belconnen Farm.

And when it comes to preserving our local history, we’re encouraging the community to get involved too. We’re collaborating with ANU public historian Mary Hutchison to conduct a Local History Study, which is well underway – all are welcome to participate! Find out more here.