An ex-military 6×6 Land Rover has been given a new lease on life following a world-first electric vehicle conversion commissioned by the Ginninderry team.

Ginninderry’s new site tour vehicle – a 5.6 tonne purpose built, 6×6, electric-converted Land Rover known as ‘The Queen’ – has been to lots of places before roaming the streets of Strathnairn.

The Land Rover entered military service in 1998 for Project Parakeet, which involved the fit-out of several Land Rovers for use as mobile satellite communications vehicles. The vehicles were used by remotely deployed units to provide tactical satellite and truck communications infrastructure.

The Queen wasn’t known as ‘The Queen’ during her time in military service, instead being identified as ARN 202-510. After being discharged, the vehicle’s next chapter began in regional Queensland as a touring vehicle for Mount Warning Tours in 2016. It was there where her life in earnest began, being transferred to a 12-seater touring vehicle and receiving her official name ‘The Queen’. 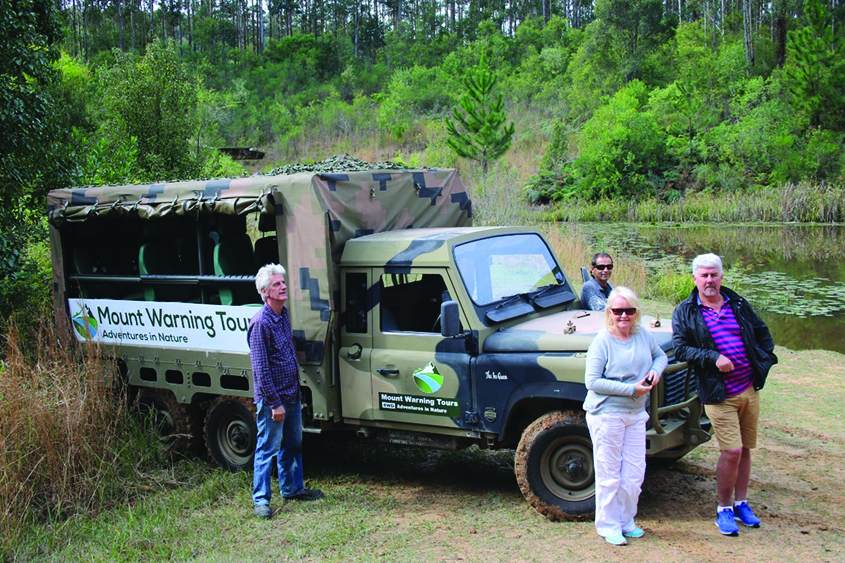 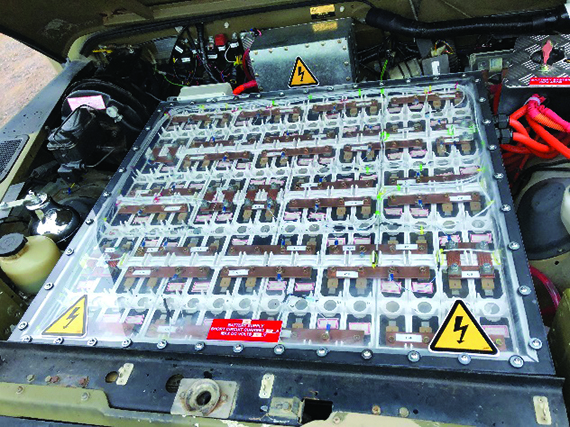 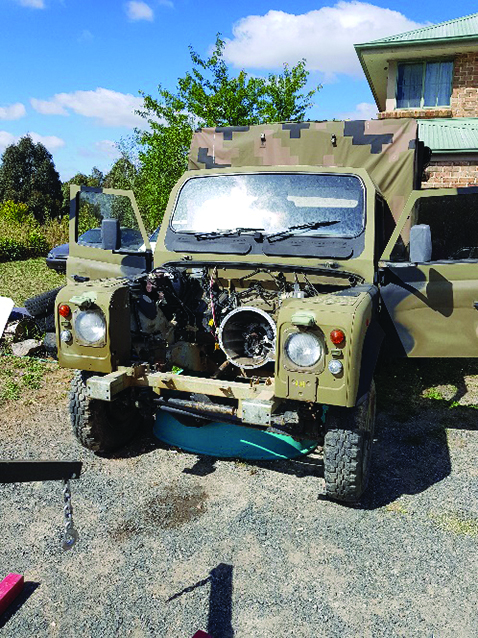 As The Queen’s QLD touring days came to an end, an ex-military vehicle enthusiast in Piggabeen (on the border of QLD and NSW) saw her potential. Les Shaw purchased The Queen in 2017 before handing her over to Ginninderry after a visit to the country town in December that year.

Ginninderry’s Sustainability Manager, Jessica Stewart, said that when the need for a site tour vehicle was first raised, the Ginninderry team saw an opportunity to do something different.

“With sustainability at the heart of our vision, our team saw an opportunity for a unique demonstration project and set about planning – the conversion of The Queen as the world’s first full electric 6×6 Land Rover.”

“The Queen arrived in Murrumbateman in January 2018 and began its transformation led by a team of experts including Electric Vehicles Canberra, Driftech and Clements x Creek. The three companies bought unique skillsets to the conversion process and the project has proven a great a pathway to showcase the specialist expertise we have in the Capital Region.”

The Queen has already become a talking point throughout the EV industry and amongst Land Rover enthusiasts. It is believed to be the first 6×6 Land Rover Bushranger electric vehicle conversion in the world and one of the first EV registered on national heavy vehicle number plates.

Mark Hemmingsen, Managing Director at Electric Vehicles Canberra said it was one of the most challenging conversations he’d been briefed to undertake.

“Converting a 6×6 1987 Land Rover to a fully electric vehicle capable of handling various types of terrain was no easy task but it became a real passion project.”

“It was hugely satisfying to see The Queen head off on that first journey and I’m looking forward to seeing visitors at Ginninderry take in the surrounds of the area from such a unique vehicle”. 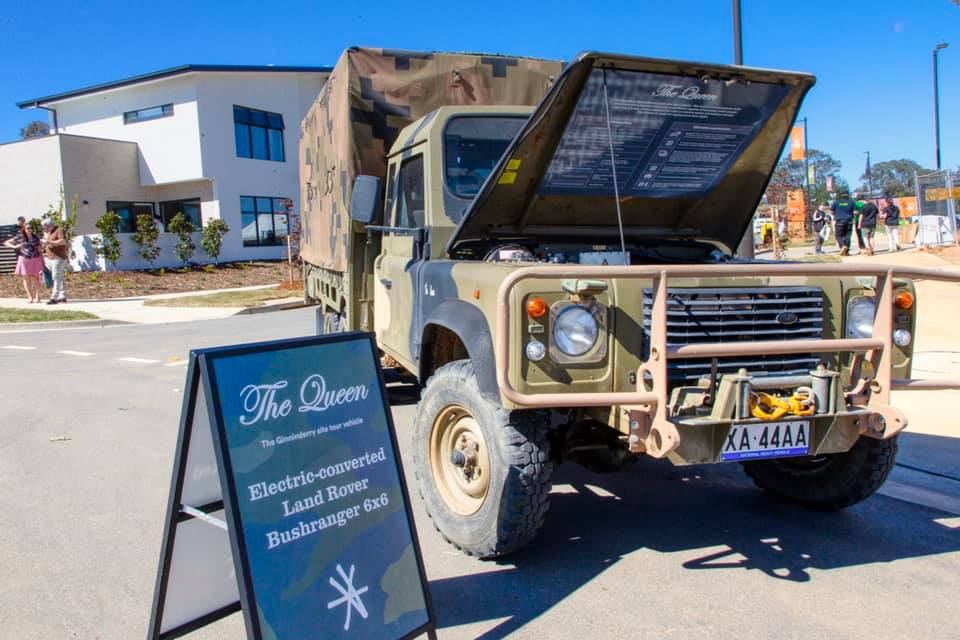 As part of the 19-month conversion process, the Land Rover had its engine removed and a new electric motor installed. The Queen is powered by 80 batteries, with 48 under the bonnet and 32 under the passenger side of the main cab. These batteries provide power to the drive train and allow The Queen to travel around 60km on one full charge. The troop carrier is equipped with a Type 2 electric vehicle charging socket and 3.3kW onboard charger. The Queen can be charged using a standard 10A power point of via an electric vehicle charging station. It carries 12 peoples (two out the front and 10 in the back).

The Ginninderry team says the ‘The Queen’ has already become a talking point for visitors, inspiring people to think about what’s possible when it comes to sustainability.

Facts about The Queen: